Introducing: the SMS Up Team

The URBAN REFUGEES team has continued working on its latest project to support urban refugee populations: SMS Up, a group messaging service that enables users to send SMS Messages to multiple recipients using a single mobile phone number. This project will provide a platform for refugee community leaders to share time-sensitive and valuable information with community members via SMS. This group chat functionality was formerly only accessible via applications like WhatsApp and Viber; SMS Up makes group messaging possible for urban refugees without smartphones or internet access on their cell phones, by using SMS technology instead of wifi.

Behind this new project are three new team members, who are working very hard to make it a success. 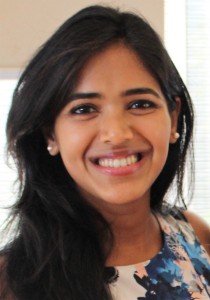 Vidya met Sonia Ben Ali, URBAN REFUGEES’ co-founder, six months ago, and happened to mention her background and interest in finding related work. Now, she is implementing SMS Up end-to-end.

She has brought a great deal of energy and passion to the URBAN REFUGEES team, is inspired by our work.  “Working towards a higher philanthropic goal brings out the best in us,” said Vidya.  “The team is full of energy and enthusiasm, and I like our organisation’s cause – urban refugee community development, to help strengthen their capacities and raise their voice.”

Vidya is committed to the success of the project and excited to collaborate with refugees in developing the application to make SMS Up useful for them to make sharing and receiving information more accessible. “Despite the harsh challenges refugees have faced and are continually faced with, they are incredibly determined, kind and positive beyond belief,” said Vidya. “I have learnt what it means to be relentlessly positive, and I feel thankful to have my eyes opened up to this.” 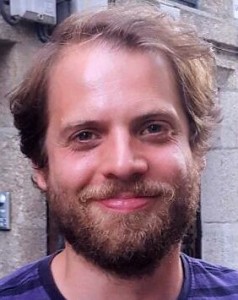 Duncan was inspired by the media coverage in 2015 about the unbelievable journeys refugees were undertaking to escape conflict in Syria and North Africa. He wanted to help and found a group called Techfugees on Facebook, which was putting technologists in contact with organizations working with refugees. “Among all the tech projects, SMS Up and URBAN REFUGEES jumped out as being really strongly focused on the user—making simple tactical intervention that has a practical real-world impact,” he said.

Since October 2016, he has been leading the programming for SMS Up at URBAN REFUGEES. “I picked up some work that was done on a prototype at a Hackathon about a year ago and I’ve been working to make it work in the Malaysian context and for our target groups of refugees,” said Duncan.

He really enjoys working with Vidya and Ate, URBAN REFUGEES’ translator. “They are both thorough, friendly, and reflective—what more can you ask for in a team?” says Duncan. “It’s been fun doing our catch-up meetings from opposite sides of the world over Skype—you just have to remember to say ‘good evening’ despite it being 8am.”

Working with URBAN REFUGEES has taught Duncan the value of working in the open for the public good; all his code and even the project management tickets are free source. “I’m hoping that if SMS Up takes off, this will make it easier for other developers to get involved,” he said. 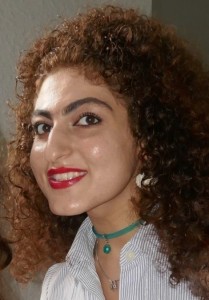 One of the Afghan community leaders is Ate’s family friend, so he introduced her to URBAN REFUGEES four months ago when we were in search of a translator to join the team. “I thought it would be a perfect job for me if I can help at the same time. As I am a refugee too, I can touch and feel their status perfectly, hence they accepted me and since then I got involved with URBAN REFUGEES,” she said.

Ate is currently working closely with Vidya as translator for the SMS Up project, and really gives priority to our team work: “as long as I am keen on giving a hand to people, I’m happy to work with URBAN REFUGEES team. Although I am part of those people who need help, by this job, I feel I am also receiving blessing from another side as I believe that what goes around comes around.”

She explains, “the SMS Up project allows me to learn something new every day.  I am earning a great experience at the age of 20 which boosts my knowledge.” This is the first time she is working as a member of a team and really enjoys it. She does her best hoping that we all can get to the aims that we have for the Afghan community.

We are very grateful to work with such wonderful team members, and especially grateful to the HIF (Humanitarian Inovation Fund) for their support of our SMS Up project.

If you wish to support us, here is the way !