Who the “Muslim Ban” will Really Impact, and How Refugees Will Suffer 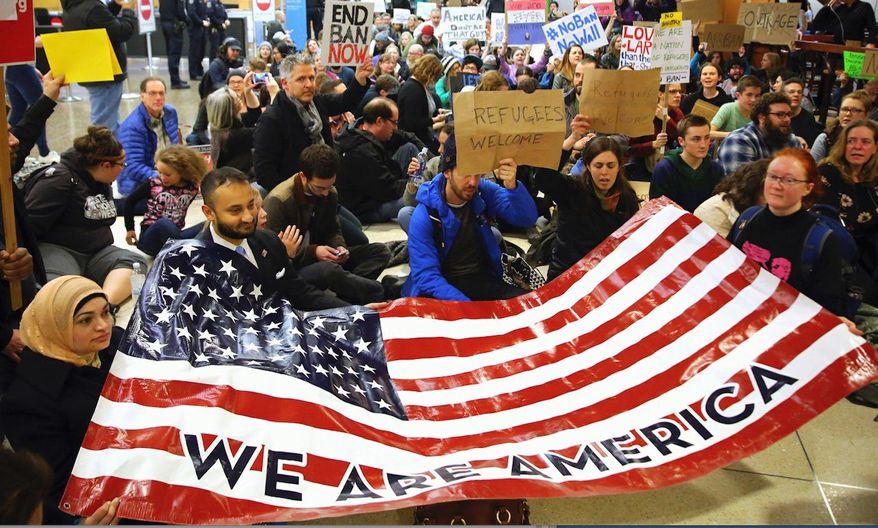 “How we…respond to the causes of migration and to…migrants themselves will express a lot about what kind of people we aspire to be and what kind of societies we aim to construct.” – Dr. James Dwyer

We at HealthRight International’s Human Rights Clinic are deeply concerned with the Trump Administration’s statements and Executive Orders regarding immigrants, refugees and asylum seekers. The Administration’s second Executive Order on immigration, issued on March 6, seeks to (re)instate a ban on citizens of six Muslim-majority countries from entering the United States, namely Iran, Libya, Somalia, Sudan, Syria, and Yemen. It also drastically reduce the number of refugees allowed to enter the United States and suspends the refugee program for 120 days. Two separate federal judges ruled against President Trump’s latest attempts to block travel, but uncertainty remains about the ultimate fate of this ban.

This Administration has sought to frame asylum seekers, refugees and immigrants as threats to our national security (the Executive Order itself is called “Protecting the Nation from Foreign Terrorist Entry into the United States”). Yet we know from our work with nearly 5,000 immigrant survivors of torture and abuse that so many are in fact the targets of the terrorists that our country is fighting against—this is why they flee and seek safety here in the first place. We also know what is at stake if asylum seekers and refugees with valid claims for protection are turned away; our network of hundreds of volunteer medical and mental health providers evaluate and document the physical and psychological scars of torture and abuse. Forced to remain in fear of their persecutors, these vulnerable refugees – particularly those living in urban settings without the protections afforded to refugees in camps – face continued denial of basic services, as well as fear of arrest, detention, torture and death.

Now more than ever, narratives have the power to affect public opinion and policy. Below, we share the stories of just a few of the brave men and women our program has recently assisted, all of whom, because of their citizenship in one of six countries, could now be denied the possibility of seeking safety and contributing their skills and experiences to our local communities. (To protect their identities, we have changed all names and some other identifying information).

Farhad developed a passion for journalism at a young age. Following the Iranian Revolution, he wrote for various local publications, working to expose political corruption. He was arrested and detained by the Iranian government on numerous occasions, suffering beatings, torture and prolonged solitary confinement. On one occasion, Farhad was beaten until he lost consciousness, later suffering a heart attack. Fearing for his and his family’s wellbeing, Farhad reluctantly fled to the U.S. where he sought and was eventually granted asylum.

Saleh was a university professor in Libya, where he actively spoke out against the corruption and oppressive tactics of the Gaddafi regime. Given the fate of many other Libyan political activists, Salah grew suspicious that the government was watching him, and on more than one occasion government officials arrested, detained and tortured Saleh. Given an opportunity to study abroad, Saleh made the difficult decision to leave his home country and come to the U.S., where he sought asylum on arrival.

Following his departure, Saleh learned that government officials were actively pursuing him, and he realized that the risk of being killed if he returned to Libya was imminent.

Yasmiin and her family had resided in the same village in southern Somalia for generations.

When she was a teenager, a member of the terrorist organization al-Shabaab abducted Yasmiin (which has become increasingly routine in the context of Somalia’s Civil War). Among other indignities, her captors forced her to engage in hard labor, beat her in the genitals, and threatened her with beheading. After months of enslavement, someone in the village finally heard Yasmiin’s screams and assisted in her escape. Fearing her captors would retaliate, Yasmiin made the harrowing choice to leave her family and village. With the help of a local nonprofit organization, she fled Somalia and, after travel by foot through neighboring countries, sought protection in the U.S.

As a solider serving his mandatory military service in the Syrian army, Anas was known to voice discontent with the practices and policies of the Assad regime. His punishment for speaking out included arrest by military police and nearly a year in detention, during which he was repeatedly tortured, including exposure to dulab—a Syrian torture technique in which torturers force a prisoner’s legs and head into a car tire before beating them. Anas suffered tremendous psychological and physical scarring from his mistreatment. After he was finally released, he borrowed funds to flee Syria. During a tortuous journey that included migration through Central American and Mexico, Anas learned that missiles destroyed his family home in Syria, displacing and killing numerous members of his family. Five years after arriving in the U.S., Anas was granted safety through a grant of asylum. He had hoped to bring his surviving family members to join him in safety, but now that possibility remains in question.

Tariq was a volunteer with an international humanitarian organization in Sudan. As part of his volunteer duties, Tariq passed out information calling attention to the poor conditions in camps for internally displaced Sudanese from the country’s Darfur region. In response to this work, Sudanese government officials arrested, detained and severely beat Tariq on multiple occasions. When he received a tourist visa to attend a conference in the U.S., Tariq seized the opportunity to escape.

Jamil was a devoted employee at an international company in Yemen that had ties to the U.S. He proudly proclaimed his respect for his American colleagues, and publically condemned the violent tactics and anti-American views of extremist groups. As tensions with these groups increased in his town, Jamil began receiving threatening letters accusing him of acting as a U.S. spy. Armed men attacked and wounded Jamil, and began terrorizing him and his family over a period of several years. Jamil yearned to remain with his family and at a job he loved, but felt he had no choice other than to flee the country. He eventually arrived in the U.S. with the hopes of accessing safety from further persecution.

We share these stories to put a human face on what are truly matters of life or death. Each of these stories is unique and harrowing, but they all share certain commonalities: All left deep ties to families, jobs, communities and homelands. Even faced with the unthinkable – torture, persecution, detention – their decisions to leave were difficult ones. Many of these individuals, and thousands more like them, suffered further abuse when they arrived on our shores, detained as criminals while seeking humanitarian protection. Yet these six are among the lucky ones—they managed, against all odds, to escape the violence and abuse at home; to arrive here; to find a lawyer, and a doctor or psychologist through our program, to support their protection claims; and to win such claims in court. A ban that unilaterally blocks people like Farhad, Saleh, Yasmiin, Anas, Tariq and Jamil from the prospect of protection – protection from some of the very regimes our country is fighting against – is discriminatory,

wrong, and says frighteningly much about the kind of people we aspire to be and the kind of society we aim to construct.